We are getting closer to full game release, but until that happens we will do a series of interviews with some of the Blitzkrieg Masters participants, starting with Avenue Esports member Petr “cDe” Dumek.
Hey Petr, why don’t you begin by telling our readers a little about yourself in terms of the previous esports activities and how did you enter Battalion 1944 after that.

For those of you that don’t know me yet, I’m 22 years old and I come from the Czech Republic. I started gaming at a very young age by playing cod2 on publics and my first bigger esport activity was in Cod4 almost 10 years ago when I was only 13 and I attended my first smaller local Lan by Grunex. We won it and I instantly wanted to win more and more so not long after I was picked up by one of the best Czech teams Cyborg Factory(*later Gunrunners). With them, I attended Lan events all across whole Europe placing in top3 almost every time, but my biggest achievement is probably winning Starladder finals in Kiev. Sadly, Cod4, without any support from the developers, started slowly dying. When I found out about Battalion, I knew that this could be the game that could reunite all those CoD players that wanted to compete for something. We started playing right after early access release, but my teammates just couldn’t get over CoD4 nostalgia and didn´t enjoy the game in its current state, so after a while we disbanded. Then I took a small pause from gaming, but it didn´t take too long and I wanted to compete again, but at that time there weren’t any good Czech lineups that I could get in, so I tried my luck in English speaking teams. Luckily I got in touch with Avenue ( Hey daxten, soulzz and morphy) and I joined them with my czech monkey boy loony. Together we attended Gallantry Lan in Budapest where we placed 4th and then with a small change in our lineup where we replaced morphy with our tomato guy Kajsking with whom we attended the Major in Amsterdam.

We have seen you at Blitzkrieg Masters, with Avenue Esports, taking 5-8th place. What were your expectations as a team for this event and your personal expectations too? Was ending the road in quarter-finals something you would call satisfying result?

We of course had big expectations and that was winning the whole event, cause that’s what we all wanted. We had pretty good preparation and online results before the event, so we knew that we have a real chance of taking the trophy home. Unfortunately we met Endpoint, winners of the tournament, in quarter-finals and after tough 3 maps we sadly lost to them. Of course, it wasn’t satisfying for anyone of us, even more after that close series we had with them but what can you do. Hopefully next time they will ban mark for using prohibited substance(beer) when playing and we will beat them easily. hahah 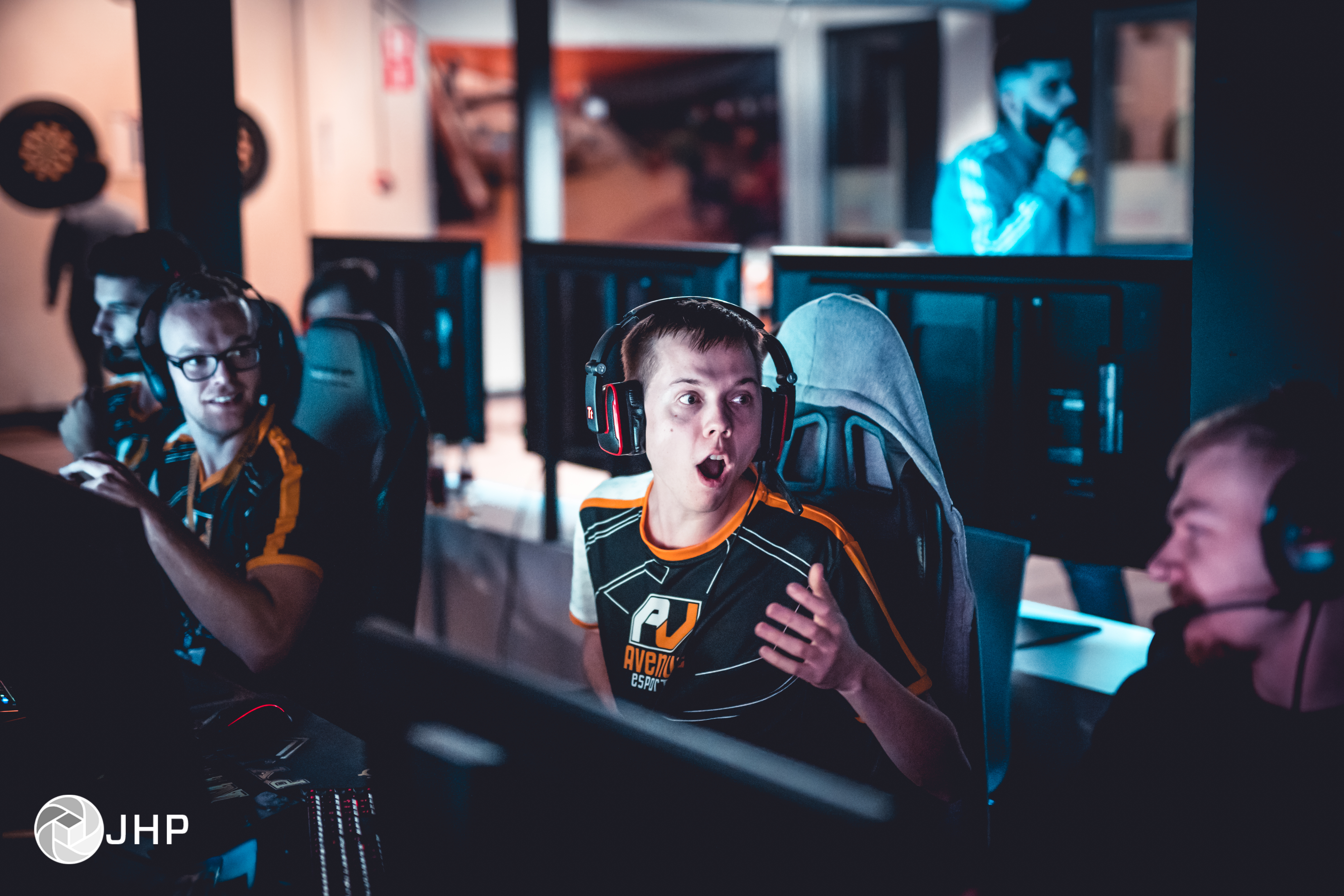 Talking about Blitzkrieg Masters, how would you rate that event excluding in-game part?

The event was generally fine, but one thing that I personally didn’t like was the format of tournament. We had 4 days to play out the tournament. Either groups could have been bigger or there could have been a lower bracket. This lead to meeting 2 biggest favorites Endpoint and CRG already in the semifinal. Of course, there is still room for some improvements such as better organized stream and maybe better location of event, but the venue was sick and I really enjoyed the whole tournament.

After the event in Amsterdam people were expecting a lot of new tournaments while waiting for full game release but instead of that we have seen mostly silence from Bulkhead Interactive and later an update where they say “there will be no more public game updates until full release”. What do you think about that decision?

At first I was little bit disappointed, cause whole community was waiting for some bigger league or tournament. But as I was thinking about it more and more, it was a good move from them cause with this “silence” they could get their time to properly finish the game without any stress and eventually build some hype towards release.

Now let’s move on to the most recent topic and that is beta test weekends. We know you have participated in the latest beta test, therefore we would like to hear from your opinion, what do you see as an improvement and what could be done better?

As the last beta was more over about testing recoil, there weren´t so many new improvements. One that stands out the most is the fluidity of movement. In my opinion it got a lot better then it was before and if they fix that “stuck in mud” feeling that is happening rarely, it will be perfect. I´m also glad they added silent climbing mechanic, Liberation changes were also pretty nice. What could have been done better (that is little bit subjective) is the hipfire change. I think it should be little bit worse so you can‘t shoot on long range with it. One thing I would definitely change is the way aim compensation worked in last beta, so that when you perfectly control your recoil, it doesn’t pull your view down after you stop shooting. The best case scenario would be if they added setting for it like it is in Overwatch so everybody can choose his own style. Also I´m not a big fan of unlimited sprint as it takes some skill away from the game and more importantly it could mess up with a lot of timings on old maps. (I hope they have this in mind.) Wallbanging could also get some love as some things that should for example wooden doors(hey B barn on Manor

) aren´t wallbangable Last thing that I think needs an improvement is the visibility of characters. So many times colors of the uniforms blend in with the background and you just miss an easy kill because of it. Personally I think they should just bring back old MU1 colors of uniforms and everything would be fine.

In the end, a question that worries everyone, do Battalion 1944 have a bright future after we have seen so many struggles so far? If you would be part of the developers’ team, what would you pay more attention to after full release?

Yes, this game has so much potential so I believe it has a great future with some good marketing and stable updates. Of course we cannot think that Battalion will magically have more players than PUBG or CS:GO but even 5k stable community would be fine for a start I think. And to what I would pay more attention after release? In my opinion we need continuous engagement with community in any form so they feel like they are part of the game and of course enjoyable gameplay that is also aimed at casuals. For example I would create 3 month competition for best map, best game mode, prettiest skin etc. and all the winners would get added into the official servers. This could boost the modding community that was previously so big in all CoDs and developers could deliver new fresh content for players every 3 months. Also monthly TOP10 frag challenges that would be shown in main menu would be so sick. If they would do all of this right after release, I´m sure it would hype so many people up and boost our whole community.

Thank you for your time, Petr. Any final words you would like to share with us or something specific for Battalion 1944 community?

I would also like to thank you for inviting me here and to the community.. Get ready for the release, because I feel it will be BIG. Also if you would like to support me, follow me on twitter as there will be a lot of things I will be posting there soon especially our new upcoming AVENUE legendary Czech lineup. Stay tuned! twitter.com/cDe1337 twitter.com/AVENUEEsports

Click here to view the official interview by MyB44.com